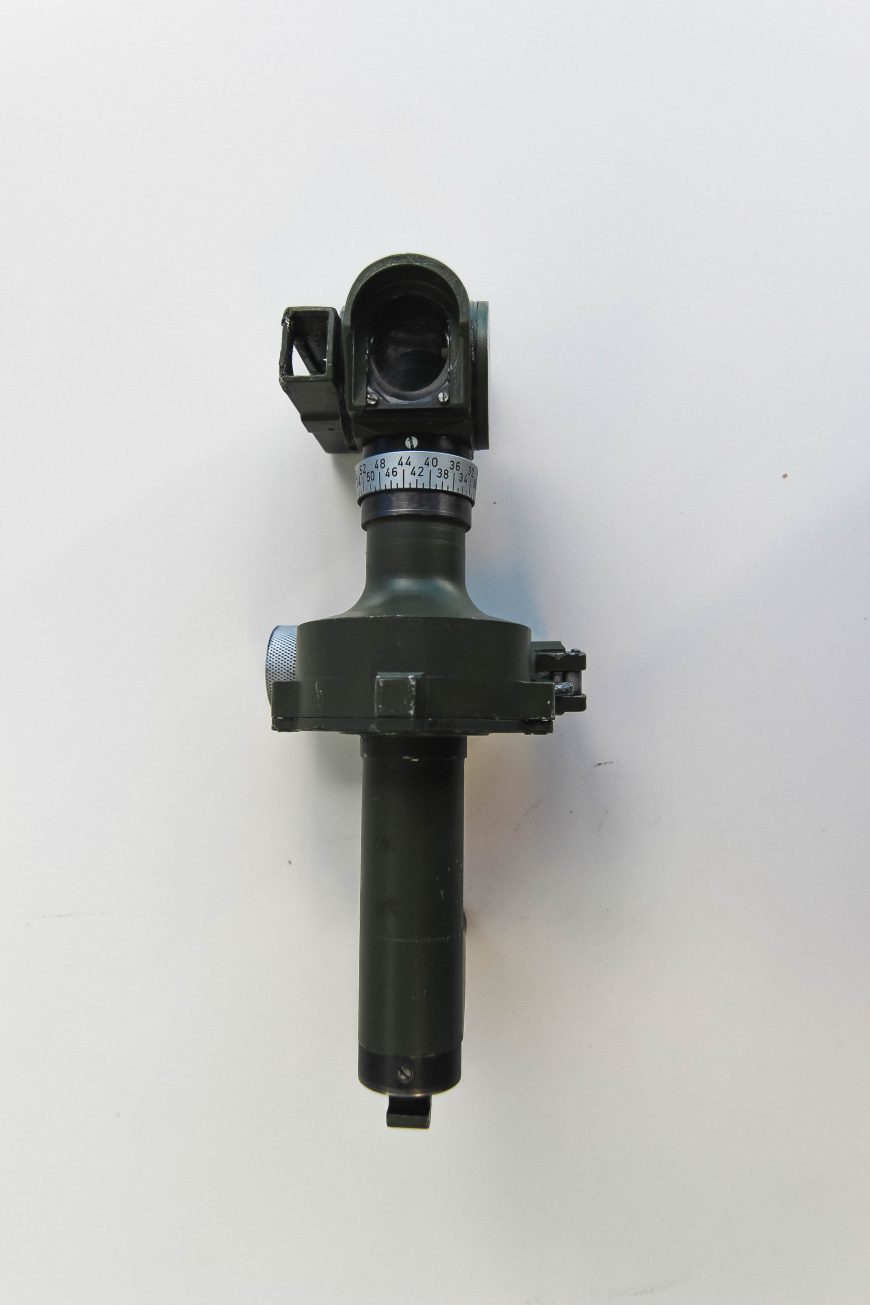 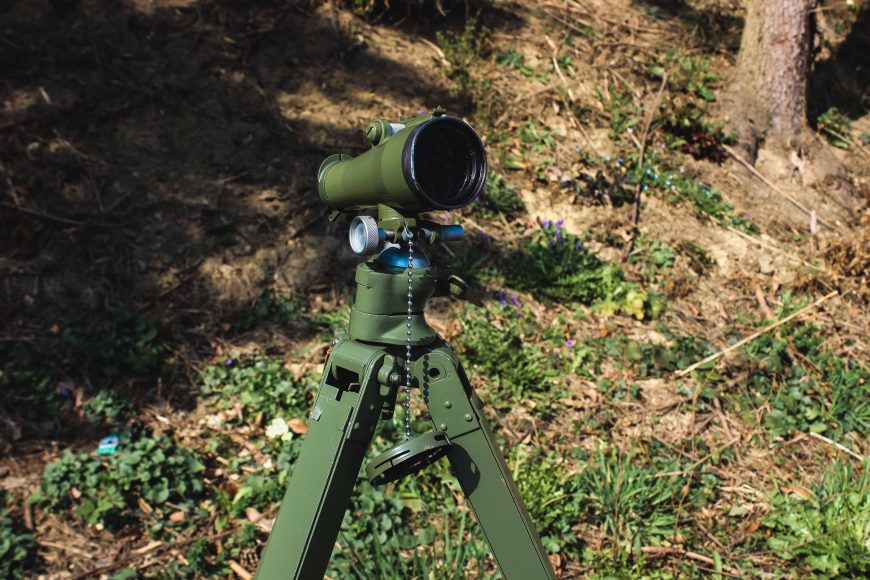 Sighting device for Gun 130 mm M 46 is used to manage the gun barrel on the target. It is also used for engaging ground targets indirect or direct way when the sighting device is independent or dependent from the barrel.