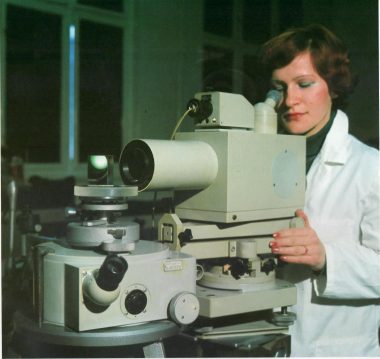 After the end of the World War II a strong development of the military industry has begun. The conception of the development of the military industry was the production of all weapons of mass destruction, so that Yugoslavia did not depend on others in the production of weapons. That is why a decision has been made to develop an industry, without,  which armament could not be completed and which did not exist in Yugoslavia, and „Zrak“ was founded.

In 1950, the company received all forms of organized performance.1951. despite the variety of material and technical difficulties, there is a strong development of “Zrak”. Additional technological processes, new machines and other equipment are introduced, and the production program is expanded. That year, the decision was made to move the “Zrak” to Sarajevo, to a new location in Buća Potok. Material resources have been shifted to objects, and also most of the employees. On September 7, 1951., production began in Sarajevo. 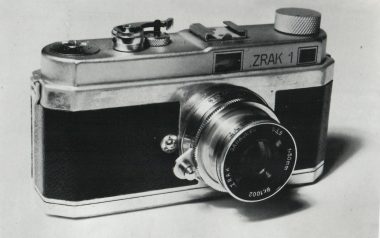 In the mid-1950s, “Zrak” came out to the civilian market and some of the products that have been manufactured are: parquet wires, cylinder locks, door bollards (bouquets), sunglasses, eye correction glass, dioptric glass frames and  assembly of “Altex” camera.

In the sixties, economy stagnated and the placement of the goods was very difficult. The military industry itself was quite disorientated. All the factories went to civil engineering programs, which in most cases did not technologically match to the programs of the military industry. At the end of the sixties owing to the solution of highly complex technical and top-quality weapons products, “Zrak” gained its reputation and opened new perspectives in the same or similar areas. 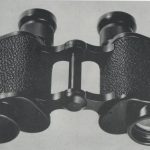 Seventies were significant because buncher production began, passive program, rocket program and laser program was introduced, and engagement in electronic and optoelectronic technology began. This period was also intense in terms of investment activities. Renewed production facilities, reconstructed lane of optical production, thermal processing, reconstructed and modernised factory in Kiseljak, built optoelectronics facility, factory in Vareš, completed capacity in Teslić. Particular care was focused on the development of personnel and lot of employees, especially optic profession, were trained and special efforts were made to establish department of precision mechanics and optics at the Faculty of Mechanical Engineering in Sarajevo.  Center for Research and Development was involved in developing optoelectronic equipment for OS and other applications.

The eighties and the beginning of the 1990s marked the development of “Zrak“ and one of the important preconditions for development is scientific and research work, and in this period there is also founded the Scientific Council composed of eminent experts from all over the country – academics, businessmen and military experts. During this period export in our country was an imperative of economic hardship. In addition to the classic export, for the first time, „Zrak“ has been focusing on the foreign market with transfering know – how engineering jobs and has become an exporter of its own knowledge and technology.

“Zrak” was awarded for its contribution and the most important awards are the “Golden Wandery Ornaments”, “JNA Plaques” and “Sixth of April Award of the City of Sarajevo.” The former gigant stretched to 25 hectars and had 4,000 employees and their products exported all the way to Africa. However, the war has interrupted the continuity of the company’s development.

In 2004. „Zrak“  becomes a joint stock company with the majority share of state capital.

By 2010., “Zrak“ is in a very unstable business phase with occasional contracts for Turkey and Austria. Despite the social and political situation in the country, with material, personnel and financial problems, production processes and technology have remained preserved.

During 2010. „Zrak“  d.d. Sarajevo made first major contract after the war with America and come out again on the world market.

Today, „Zrak“ is a rising company, expands its production capacities and production lines, developing new products, employs and educates young people, acquires new markets with a known quality with the aim of achieving greater reliability and flexibility, and satisfaction of every customer and end user.